You may drive yourself and meet us there, or pay $40 to ride in a bus or van.

Transportation will depart from the BYU Museum of Art and return participants there at approximately 10:30 p.m. Please make arrangements to transport yourself to your housing after the excursion, as buses or vans will be unable to deliver participants to any area hotels or other destinations.

More information and organ signups will be available at a later date. 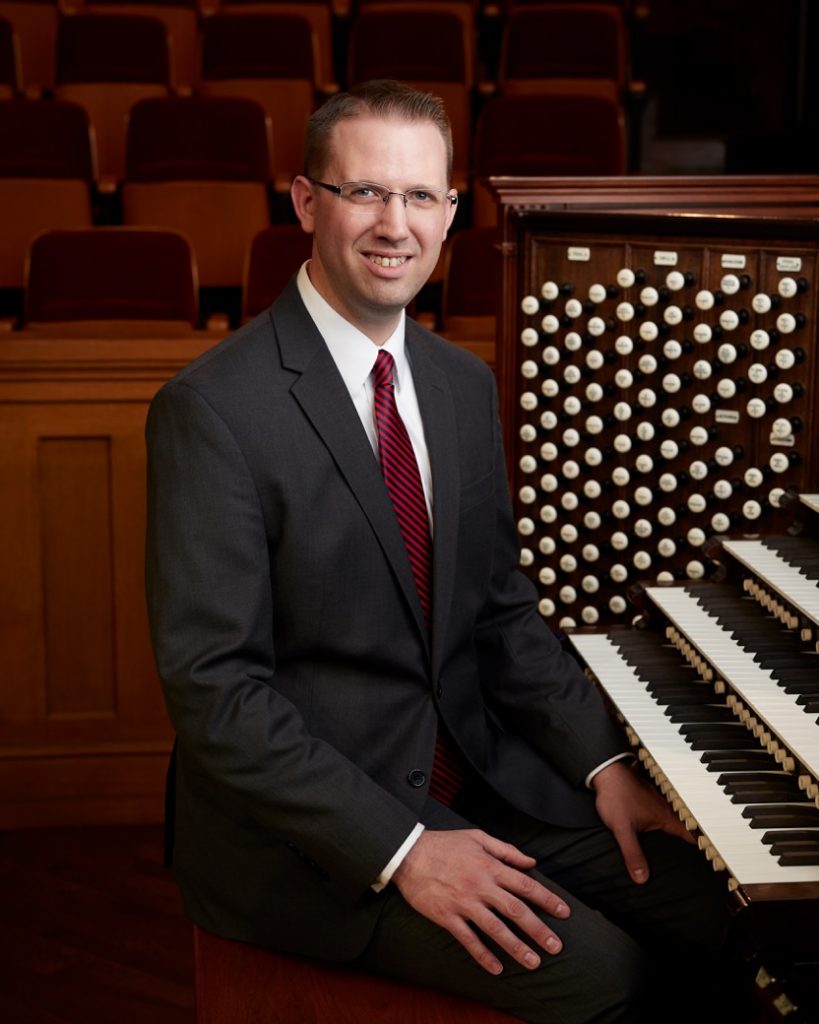 Click the above image to
read more about Dr. Mathias

We will gather Wednesday afternoon to travel to Salt Lake City for an organ-lover’s field trip! The field trip is always the highlight of the workshop for many of our participants. Don’t miss it! Bus transportation will be available for an extra fee.

Wednesday, August 4th
3:45 Buses depart from BYU
4:45 Dinner on your own in SLC
6:30 Tabernacle Organ Demonstration/Recital
8:30 Buses depart for Provo

The bus is now full

Prior to his appointment as a Tabernacle organist in January 2018, Dr. Brian Mathias served as an adjunct faculty member at Brigham Young University in Provo, Utah, and at Washburn University in Topeka, Kansas. He also served as Associate organist at Country Club Christian Church in Kansas City, Missouri.