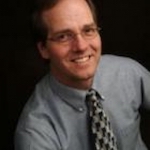 Don Cook joined the organ faculty of Brigham Young University in 1991. In that capacity he serves as organ area coordinator, as university carillonneur, and oversees the group organ program.

Formerly he held associate organist/choirmaster positions at Christ Church Cranbrook, Bloomfield Hills, Michigan, and at First United Methodist Church, Lubbock, Texas. He toured Germany, Austria, and Czechoslovakia with the Lubbock choir, and accompanied the Parish Choir of Christ Church Cranbrook on a singing tour of England.

After earning Bachelor and Master of Music degrees in organ at Brigham Young University, he received the Doctor of Musical Arts degree in Organ Performance from the University of Kansas. His principal organ teachers were J.J. Keeler at BYU and James Moeser at KU. For many years he served as head of the instrumental area for the BYU Workshop on Church Music, and currently directs the annual BYU Organ Workshop, founded in 2002. He appears frequently as a Guest Organist at the Mormon Tabernacle in Salt Lake City.

Dr. Cook studied carillon with Albert Gerken while pursuing doctoral studies in organ at the University of Kansas. He became a full member of the Guild of Carillonneurs in North America in 1984, and has performed actively throughout North America since that time. He has served on the Board of Directors and as chair of the Music Publications Committee for the Guild. Carillon performances include a concert tour of Holland in 1990, and a recital tour of east-coast carillons in the summer of 1992. In 1994 he hosted the annual Congress of the Guild of Carillonneurs in North America at Brigham Young University.

He has developed and published the first multimedia organ tutorial for pianists, Organ Tutor Organ 101 in several versions. The tutorial is used for private and group instruction, BYU Independent Study courses, and by individuals in at least nine countries.